I'm kind of sick of making excuses for Iowa. I chalked up last year's bad finish to some bad luck mixed in with a sudden lapse in defensive effort. Two years ago the reason the Hawkeyes missed the NCAA Tournament was not because of their play, but because of their schedule.

After last night's second half collapse against Texas, I don't know why, but that's it. I'm through excusing Fran McCaffrey's team. On paper, there's no reason for Iowa to lose by double digits to a solid—but not spectacular—Texas team. Pomeroy had this one pegged for a narrow two-point Texas victory. Instead Iowa was outscored 47-27 in the second half, and lost by 14.

The general reason why Iowa lost is no great mystery, as it was Iowa's lowest point per possession output since the 2013 NIT Championship game. And sure, there are a couple of places that Iowa wasn't so good at which were not all that surprising. The Hawkeyes turned the ball over on 22 percent of their offensive possessions, which is not unexpected for a team that's a little short on capable ballhandlers. But why is a team that starts three players 6-9 and taller—and feeds most of the offense through those players—hitting just 30 percent of its twos? Here's a helpful chart that explains that fairly well (via Shot Analytics): 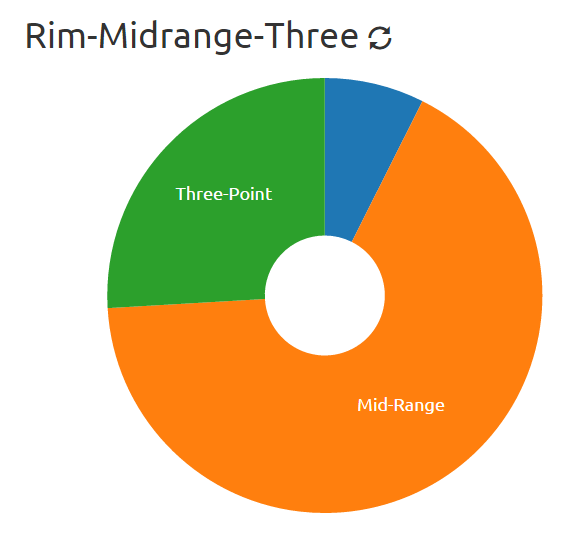 The blue portion is the number of shots Iowa attempted at the rim. You'll notice the area is small enough that the graphing software felt there was inadequate real estate to fit "at the basket" within the small slice afforded by Iowa's misguided offensive attack. There's no reason why two-thirds of Iowa's shots need to be mid-range jumpers. And I'm not going to come up with any excuses here.

Elsewhere in the Big Ten, Indiana bombed away on SMU: 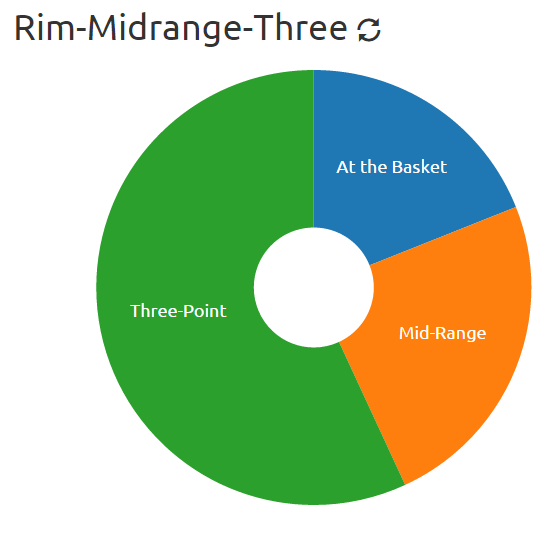 Indiana will feature one of the better backcourts in the Big Ten this season, with Yogi Ferrell and James Blackomon figuring to account for most of the shots. But even the more prominent members of the supporting cast will be on a steady diet of three-pointers. Where the team is weak, however, is on the interior. Hanner Mosquera-Perea is still very much a work in progress offensively, leaving Troy Williams as the only legitimate threat to do significant damage inside the arc. We'll see if he's up for it, but I expect the Hoosiers to live and die with the three ball. Expect fewer turnovers and rebounds as well this season.

Illinois: BUY ** ** Although Illinois lost to Miami in the Challenge, there's a fair amount of context to consider. First,…

Josh: Back to our old stomping grounds! With no corporate shackles upon us, we can be so edgy now.…