After Wisconsin's second embarrassing home loss this season, it's time to start taking seriously the idea that the Badgers are not a Tournament-caliber team. I'm not there yet, but I do think something is rotten in Madison right now: 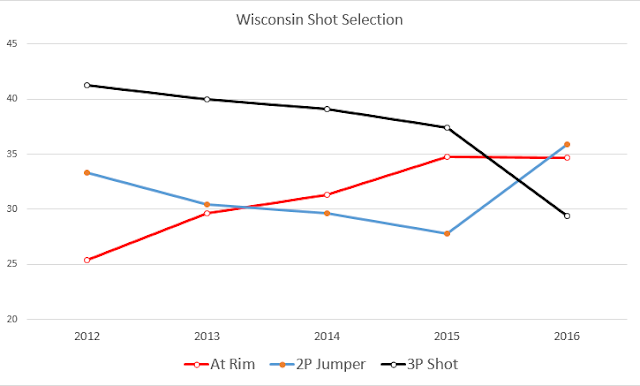 This is no way to run an offense, which is certainly not news to Bo Ryan. For one, his offenses have eschewed midrange basketball before it was cool. And lest you think he just shows up to church on Christmas and Easter, the guy's defense is built around suckering teams into taking midrange shots.

So I'm sure it pains him more than anyone else to see his own team feasting on mid-range jumpshots. It's hard to blame any one guy for a seismic shift such as this one. That said, Vitto Brown played 33 minutes last night, but that might not continue for much longer if he continues shooting like this: 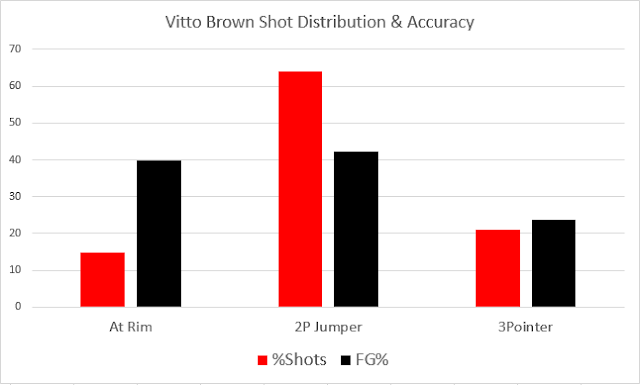 The only shot he appears to be competent at converting happens to be a bad one, which might explain why he takes so many of them.

Just a handful of meaningful games left before conference play begins on December 29th, but it seems like there's…

Can Your Team Be Fixed?

While it's still early, it's not so early that we don't know the problem areas for each Big Ten…